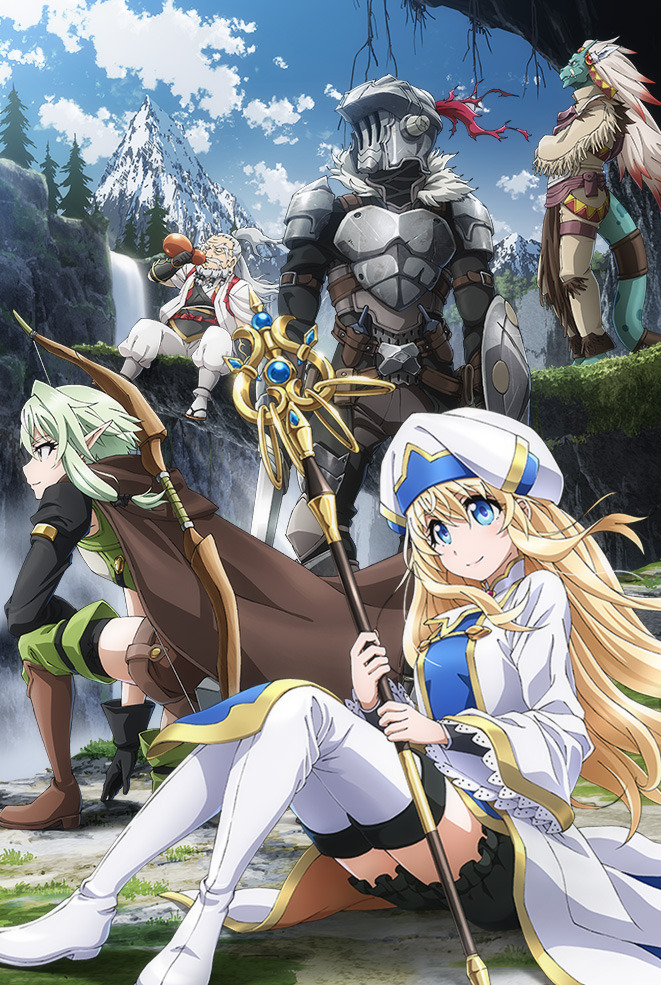 Goblin Slayer is a series of Light Novels created by Kumo Kagyū and illustrated by Noboru Kannatsuki.

The tones of these adventures are Dark Fantasy and their first publication took place on February 15th 2016, later in May 2016 precisely on the 25th it had a manga adaptation while for the animated version it was expected until October 06th 2018.

Goblin Slayer is composed of 12 episodes and have been broadcast from 06 October until 29 December, this date marks the end of the first season. In February 2020 the first OAV called Goblin Slayer: Goblin’s Crown was also released.

The story of Goblin Slayer begins with a young Priestess who shows up to the Adventurers Guild to register. Successful in her will to become a porcelain grade adventurer, or the lowest grade present, she knows a small group of adventurers who need a priestess in their party to be able to respond to a rescue mission of women kidnapped by goblins.

Although with a little hesitation, he joins, but soon he will realize that the mission is not so simple and they have underestimated the goblins. All her companions are brutally massacred and the same thing would have happened to her if Goblin Slayer had not intervened.

Once all the goblins in the lair have been eliminated, they will only be able to return to the guild, here the two will start to team up, when an elf, a dwarf and a lizard demand the services of the exterminator of the goblin.

The story at this point shows the presence of the imminent resurrection of the Demon Lord and all the main high-grade adventurers are preparing for the fight, while Goblin Slayer with his new party is preparing to eliminate all those annoying creatures since it is the the only one who cares about it and has greater knowledge of it.

I personally liked the graphics and animation sector of Goblin Slayer, I don’t shout at the miracle, but I found it very pleasant. Also for the sector of the soundtrack nothing to say, indeed some music I liked a lot.

As you can see, no character is called by name, but only as a race or as a class that represents them.

The plot of Goblin Slayer is mainly focused on the obsession of the protagonist of wanting to eliminate all the goblins present and puts the awakening of the Demon King in the background.

The beginning of the first episode was very violent but with the progress of the episode has stabilized a bit on something less, but continues to remain very beautiful and interesting to watch.