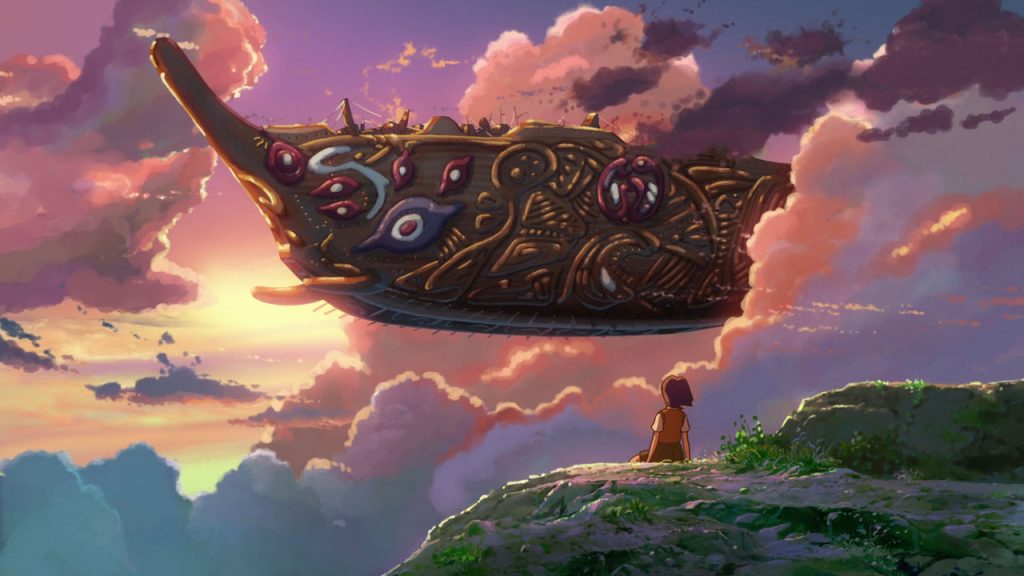 “Journey to Agartha” is an animated film of May 2011, the period corresponding to the cinema release in Japanese cinemas.

“Journey to Agartha” is directed and scripted by Makoto Shinkai, author of other great animated films such as “Your Name” o “The Voices of a distant star“.

“Journey to Agartha” begins with a girl of about 11 named Asuna, the girl has lost her father while her mother is often in the hospital as she is a nurse.

All she has left of her deceased father is a galena radio that was given to her by him shortly before he died. Asuna is often on the radio when she feels alone when one day the radio mysteriously picks up a melody, but it will be a unique event.

After that, the girl will meet a young man named Shun, a mysterious boy from Agartha, a mystical and renowned kingdom in the entire planet that the whole world believes does not exist.

When Shun is found dead and a mysterious military organization attempts to find the elusive gateway to Agartha’s underworld, Asuna and Ryūji, the girl’s teacher, embark on a long spectacular and perilous journey in search of the Portal of Life and Death.

This place is the biggest secret of Agartha and it is said that here it is possible to bring the dead back to life.

“Journey to Agartha” is a 116-minute feature film directed and written by Makoto Shinkai who is also the author of other films such as “The Voices of a Distant Star” o “The Place Promised in Our Early Days“. The film was released in theaters in Japan on May 7, 2011 and was produced by CoMix Wave Films.

The duration of the film is right to be able to tell without excessively cutting the story.

As always, time travel / connections with other places are constantly present in Shinkai’s films and also in this work they could not miss.

The soundtrack is pleasant but does not shine for beauty, there are better ones in circulation making it only pleasant but not memorable.

If you want to watch “Journey to Agartha” you can do it by subscribing to Prime Video pressing on the banner on left side. It’s free for 30 days