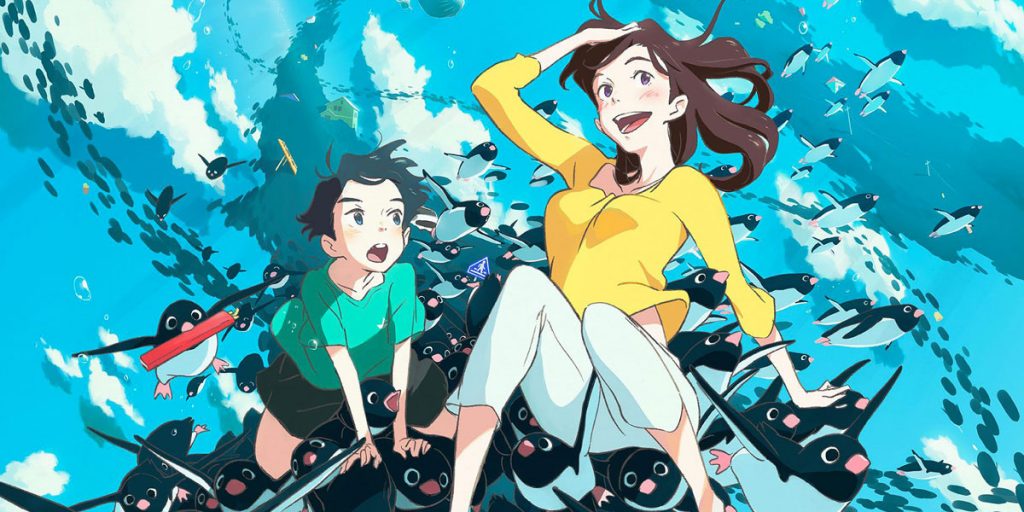 Penguin Highway is an animated work based on the novel winner of the prestigious Japan SF Grand Prize by Tomihiko Morimi, who is also the author of best sellers such as “Uchoten Kazoku” or “Night is Short, walk on Girl”.

As for the film adaptation, it is the work of Studio Colorido with Hiroyasu Ishida directed while the screenplay is Makoto Ueda, who has already submitted other works by Tomihiko Morimi.

Penguin Highway portrays the world from the point of view of a child and his growing up in the hot Japanese summers.

Penguin Higway tells the story of Aoyama, a very intelligent young elementary school student who, as a curious boy, writes down everything he can learn every day in his notebook. Together with Aoyama there is also a girl who is constantly called “Big Sis” and is a worker at the dental office frequented by Aoyama and her chess teacher.

Just before the start of the summer holidays, in the city where Aoyama lives, penguins appear despite the unfavorable climate and above all the lack of outlets on the sea and to make everything even more mysterious is their ability to disappear as if nothing had happened.

While intent on investigating this mysterious Penguin Highway, Aoyama notes that a can thrown by the Big Sister turns into a Penguin. This particular research is also joined by his classmate Uchida and thanks to him Ayoama through Hamamoto who is another schoolmate, he discovers the presence of a huge sphere, transparent that floats in the middle of a large grassy plain hidden in a wood.

Their investigations will lead Aoyama to suspect a connection between the Big Sister, the penguins and the sphere and at that moment the city will be overwhelmed by an anomalous phenomenon.

Will Ayoama and her friends discover the mystery that surrounds the Big Sister and the Penguin Higway?

Penguin Highway is a well-built cinematic product with almost perfect graphics, created by Studio Colorido with an immersive graphic design, with enchanting landscapes and all accompanied by music composed by Umitarou Abe.

The musical theme of the film, “Good Night” is performed by Hikaru Utada, who also worked on the 2012 animated film “Evangelion: 3.0 You Can (Not) Redo”.

Penguin Higway lasts 119 minutes and it may seem excessive for a similar film but the characterization of the characters is the result of the ability of Youjirou Arai and making cuts to the footage would have been a great shame as each scene was rich and intense.

In case you are interested in watching this film, here on the side you can find the link to the Blueray version.

If you prefer buy or rent a digital version click this button, down here.