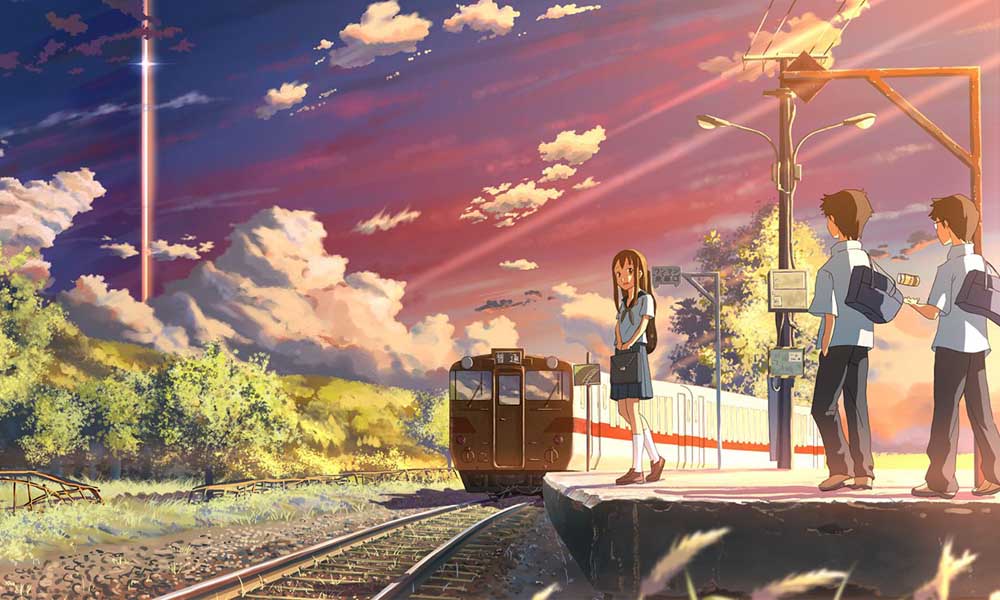 The Place Promised in Our Early Days (Kumo no mukō, yakusoku no basho in the original title) is a Japanese animated film directed and created by Makoto Shinkai and is from 2004.

This represents the first true feature film ever made by Makoto.

This feature film is part of the Ukronic science fiction genre or versions of alternative stories.

Beyond the clouds, the promised place tells a story in a parallel world where after the Second World War Japan was defeated and divided into two parts, the northern part is under the control of the Soviet Union while southern Japan is under the management of the United States.

Towards the beginning of the 1990s, the Soviet Union withdrew, occupying only the Japanese region of Hokkaidō, but the Americans were very worried about the enormous tower that the Soviets were building.

The protagonists are two young boys, Hiroki Fujisawa and Takuya Shirakawa, two final year middle school students who are trying to build a rudimentary plane in a shed to fulfill their dream of seeing the huge Soviet tower of Hokkaidō up close.

Sayuri Sawatari, a classmate of the two boys, finds out what they are planning and makes them promise to let her take part in the flight near the tower.

After the summer holidays, the two friends take different paths: Takuya works as a physicist and studies parallel worlds while Hiroki enrolled in a school in Tokyo to stay as far away as possible from the place where he had created memories with his friend and Sayuri. which suddenly disappeared.

However, the two boys do not know that the young woman is hospitalized for a very serious form of narcolepsy and that because of this disease she has been sleeping for a long time.

But Sayuri’s condition seems related to that gargantuan tower …

Beyond the clouds, the place promised us as mentioned in the introduction is Makoto Shinkai’s first feature film, it was made in 2004 by the CoMix Wave Films production company, which more recently animated Weathering with you in 2019 and Your Name in 2016.

In this film Makoto shows his enormous ability to create breathtaking panoramas accompanied by a pleasant soundtrack also published by Comix Wave.

The colors used and the compositions themselves convey an almost nostalgic feeling but which completely enchants the viewer for all 91 minutes of duration.

As always, time travel / connections with other places are constantly present in Shinkai’s films and obviously could not be missing in his first work.

Contrary to other titles, this one requires a little more attention due to the complicated plot and media res beginning.

Here on the side you can find the Blu-Ray of The Place Promised in Our Early Days in case you want to view it.