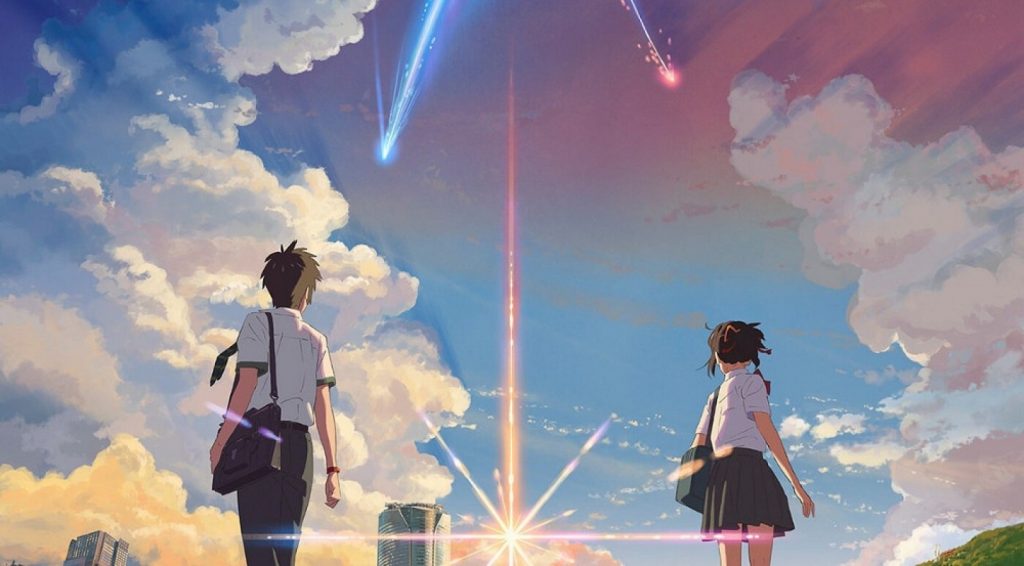 Your Name is a 2016 Japanese animated film written and directed by Makoto Shinkai.

Produced by CoMix Wave Films and distributed by Toho, the feature is based on the novel of the same name by Shinkai, which was published on June 18, 2016.

For the character design there is the hand of Masayoshi Tanaka while the musical group Radwimps has composed the soundtrack.

Your Name is the story of Mitsuha Miyamizu and Taki Tachibana.

Mitsuha is a high school student who lives with her younger sister, Yotsuha, and elderly grandmother Hitoha, a priestess in the small mountain town of Itomori, near Tokyo, while Taki is a high school student who lives in central Tokyo and works part -time in the Italian restaurant The garden of words, when one day he wakes up in the body of Mitsuha, without knowing that the latter has instead woken up in his.

Once the two guys understand what is going on, they start writing messages on paper or on the notes of the phone to be able to keep track of what happens at the moment of the exchanges, given that they last a maximum of one day.

The two getting used to this event more and more decide to intervene more in other life.

Mitsuha organizes the first date for Taki with her colleague Miki Okudera, head of the room where she works and with whom she is in love, while Taki helps Mitsuha to be more popular at school.

Later the girl tells Mitsuha that during the appointment that she organized, a comet will pass by in the evening near Japan and that she will be clearly visible.

But the boy can’t understand what you’re talking about.

A few days go by but the exchanges have never reappeared, Taki tries to contact the girl by phone but does not answer and being worried he decides to go to work with her in person.

Without knowing the name of the village, they travel to various rural areas of Japan, asking for information and showing his drawings that Taki made of the place to the people.

After almost giving up, they finally get to know the name of the village, Itomori, from an elderly owner of a restaurant who was born there, but unfortunately he is told that three years earlier, during the village festival, a fragment of the comet Tiamat he had fallen on it, destroying it and killing a third of the inhabitants.

Taki looking through the news about the accident in a library, finds out that Mitsuha also died that day.

Taki goes to the sanctuary of the local protector god Musubi, a little locant from Itomori and thus discovers that the time lines in which the exchanges of bodies had taken place had been spaced about 3 years from the beginning.

Entering the sanctuary, he decides to drink some kuchikamizake prepared by Mitsuha and that he, during one of the exchanges, had left there as an offer.

Thanks to this stratagem, he manages to rejoin Mitsuha’s body before the comet falls and warns her.

Taki tells Mitsuha what will happen.

Eight years later pass by the comet, and five instead for Taki’s present and it turns out that that time Mitsuha managed to evacuate the country just in time and avert the massacre.

The boy, meanwhile, has graduated and is looking for a job, but still has the constant feeling of having to find something or someone.

While the two are on different trains, their eyes meet from the window, arousing a strange and intense sensation in Mitsuha and Taki.

Both get off at the next stop and start looking for each other, finally meeting at the foot of a staircase, but passing by hesitant and uncertain.

Taki finally finds the courage to speak to Mitsuha and, in tears, the two boys ask themselves, “What is your name?

The graphic sector of Your Name is spectacular in terms of panoramas and backdrops.

The work done by CoMix Wave Films is certainly of first quality and combined with the expressive skills of Makoto Shinkai there is no doubt about the quality of the final product.

The duration of 107 minutes is sufficient to fully appreciate the story without particular renunciations and the beauty of the soundtrack composed by the Radwimps group increases its general appreciation of this film which we could define one of the greatest Japanese animated films of this period .

In case you are interested in watching this film, here on the side you can find the link to the Blueray version 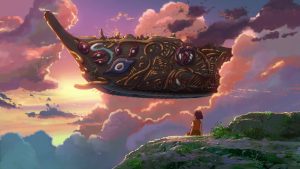 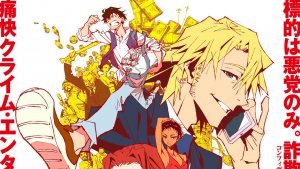